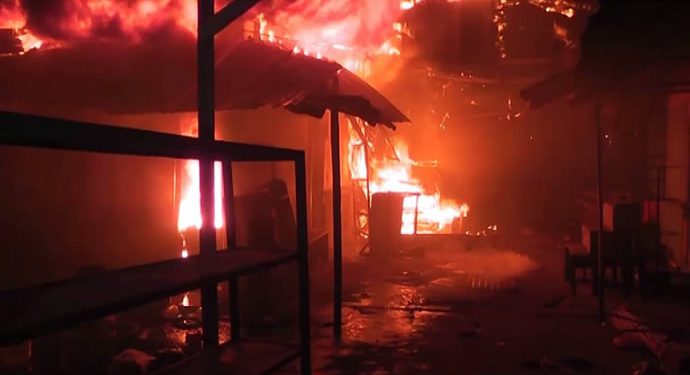 ABOUT 200 students lost personal possessions to a fire which razed the hostel of the Government Girls Secondary School in Mayo-Belwa, Adamawa State, last week.

The college management, while confirming this in a telephone interview yesterday, said the fire started and did much damage as the pupils were in their classes.

Fire razed the only hostel block of the college last week Tuesday.

In the latest update on the incident, the college’s principal, Mrs. Rakiya Kumanga, told The Nation that about 200 pupils were using the hostel prior to the fire and had their belongings in it.

The principal said the girls had their clothes, provisions, and even cash in their closets and boxes – they were all lost to the fire.

She said: “My students lost their precious belongings: dresses, books, provisions, and food items, and cash which included the return transport fares that some of them kept aside, and such usual personal effects girls keep.”

Mrs. Kumanga added that the state government had since responded with relief materials and the affected students had been provided alternative accommodation.

“The pupils did not have to go home as alternative arrangements were swiftly made to accommodate them. Some classrooms and a part of the dining hall were converted temporarily for use as hostels. With relief materials provided by the government, we have been able to settle the girls back to hostel life,” she explained.

She added that the Adamawa State Government, responding through the Ministry of Education, provided relief materials that eased resettlement efforts.

Osun Pledges Holistic Education for Youths
By smith074 • 2 years ago

What is the richest tribe in Nigeria?
By lanreadeyemi • 3 years ago