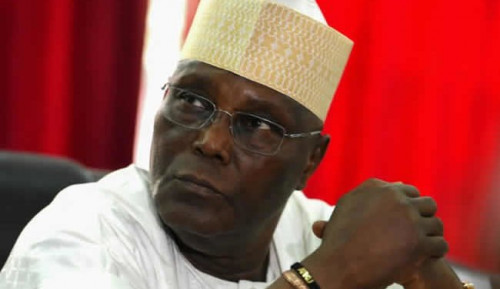 The Peoples Democratic Party and its presidential candidate in the 2019 election, Atiku Abubakar, have filed their final written addresses in which they explained how they were allegedly robbed of victory in the February 23, 2019 presidential election through wrongful computation in 11 states.

The states, according to them, are Bauchi, Borno, Gombe, Jigawa, Kaduna, Kano, Katsina, Kebbi, Niger, Yobe, and Zamfara. The petitioners stated through their lawyer, Dr. Livy Uzoukwu (SAN), that a correct computation of the results would give them a margin of lead of 222,332 votes over President Buhari and his All Progressives Congress.

They stated this in their response to Buhari’s final address, contending that the correct computation showed that they scored 9,426,082 votes against Buhari’s 9,203,750. They claimed that reports tendered by a statistician, who was called as one of their witnesses pointing out faults in the result declared by the Independent National Electoral Commission, was not challenged by the respondents to their petition.

They stated, “It is submitted that when the votes credited to the parties on account of various errors listed in paragraph 4.54(a) – (f) and (a) – (d), respectively, above are deducted from the results declared in the 11 focal states, the under listed figures now represent the overall lawful votes cast in the presidential election held on February 23, 2019 across Nigeria:

Atiku and his party had by their petition urged the five-man tribunal led by Justice Mohammed Garba to declare them the winner of the February 23, 2019 poll or nullify Buhari’s election.  In their final address filed in response to Buhari’s, the petitioners raised five issues for determination, including that Buhari was neither duly elected by the majority of lawful votes nor qualified to contest as of the time of the election.

The respondents had earlier, through their lawyers, filed their respective final addresses.  The tribunal had fixed August 21 for adoption of the final addresses by the parties.