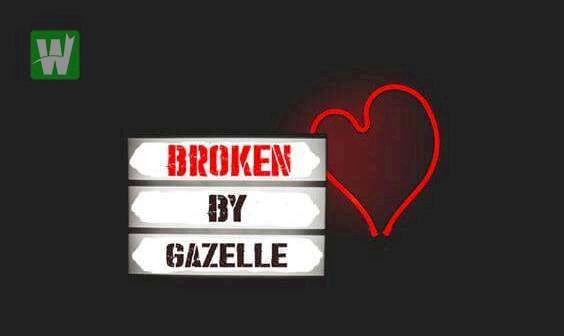 Leslie just sat at her corridor staring blankly at the sky, her mind was far away from her body. She had an argument with her boyfriend John and it got things really heated, this time she wasn’t sure what John was going to do to her.

Leslie had arrived at her boyfriend’s house which was about an hours drive from her family home, her parents had been away on a business trip besides, her mother worked outside the capital (Abuja) so she was barely around. Her dad worked within the capital but had travelled on a very important one-week business trip. Belle decided to take a short trip to spend a few days with her boyfriend. It was a perfect time, besides, her younger brother who would have gotten her busted was in school, he was in JSS2 and was in a boarding house. He was 13years old while Leslie was 16years. It had been a year since she finished secondary school but wasn’t able to secure admission at least she was still waiting.
Leslie’s parents, Mr and Mrs Zaki weren’t so buoyant they were a definition of a comfortable family. They had enough and had managed to give their children all they could afford. One wouldn’t particularly call this family wealthy but still couldn’t call them poor, in fact, they were very far from poor.
Leslie cleaned up the house that Sunday evening, putting everywhere in order so she wouldn’t have so much dirt to deal with when she returns and as soon as her father left the house to catch the night bus to Lagos she quickly packed a few stuff together and left to spend a few days with her boyfriend.
Leslie wasn’t particularly 100�cent but she wasn’t indecent either. She was the kinda girl who accurately struck a balance and could control her circular and spiritual life properly.
Leslie had taken a bike from their family house at Karu site to the popular Karu bridge then boarded a bus to Apo round-about. When she got there she was able to get a tricycle that took her to prince and princess estate where her boyfriend John lived. Leslie arrived at John’s house at about 7.45pm. It was a two bedroom flat in which he stayed alone. John was a kinda person one could call a typical hustler in the Nigerian sense he was 27years old but was already standing on his feet. With support from his dad he was able to start really early and long before he graduated from the University he had made quite a mark for himself especially at his age, he had acquired properties and presently owned his own company which was basically into building designing and building proper. He also had a computer programming business he was trying to work on; so basically he was capable.

As Leslie got to his door, she knocked and waited ten seconds but there was no reply. She knocked again and this time louder then she heard his footsteps walking towards the door about thirty seconds later she was staring at John. She was a little shy though but couldn’t help the feeling.
“Hey, good evening”, she murmured then he flashed some amusing set of white straight teeth at her grinning from ear to ear, welcome he managed to say after what felt like forever to Leslie.
Then he helped her with her bag and as they walked into the house together he queried jokingly. “Madam you were supposed to call me as soon as you got to the roundabout so I could pick you up, you’re supposed to be uptight about your security you can’t be trusting all those aboki tricycle people”. But I’m fine ogah Leslie replied jokingly too. They had gotten to the bedroom already by that time John had dropped her bag in the wardrobe and returned to the bed where she sat. “I missed you babe feels like forever”, he said and kissed her lightly on the forehead. Missed you too Leslie managed to reply very shyly. Leslie didn’t want to dwell on all those lovey stuff at that time so she quickly changed the topic. Busy bee as she often called John, is there any food in the kitchen? I’m starving.
Uhmmmm, babe, I’m really sorry I couldn’t cook was working on a design I have to finish before Wednesday. I was waiting for you so we could grab some tiny bites out when you arrive then we could think of cooking tomorrow, John replied apologetically.
So what now? Leslie asked
How about you change into something light the heat is unbearable then we could check something we could eat together.
Leslie realized she needed a change of clothes she was wearing a black body con gown it wasn’t so thick but it wasn’t fit for the occasion, something casual would do. Leslie was quite pretty and owned a lovely physique her broad hips, large butts not so large but quite appropriate for her size her tiny waist and full round breast made up for whatever excuse anyone would have not to call her beautiful by looking at her face. She had complete heart-shaped lips with confident edges, deep dark eyes and a dark brown hair she often preferred fixing her hair to braiding because her hair edges weren’t one she could be proud of. Leslie had an amazing pair of legs they weren’t completely straight but they were just the right size and stood at the right points with her glowing brown skin she looked like some kinda sculptured art. Leslie mostly preferred wearing body-con gowns because it made her physique more pronounced besides she enjoyed the second glance she got from onlookers whenever she was out in public.
Leslie finally decided to put on a pair of black shorts it was a little tight and a pink crop top, enough to give away a tiny glance of her flat tummy and impeccable belly button.

THIS IS A DOPEARENA PUBLICATION