Chelsea star N'golo Kante is wanted in France by Paris Saint Germain at the end of this season - The World Cup winning midfielder recently signed a five year deal with the Blues but seems unhappy with Maurizio Sarri - Kante is the Blues current highest paid player after signing £290,000-a-week deal in November French League giants Paris Saint Germain have reportedly made Chelsea midfielder N'golo Kante top priority signing this summer. The 2018 World Cup winning superstar has been impressive for the Blues since he joined them from Leicester in 2016 after helping them win the Premier League against all odds. Kante has also shown that he can excel in any role given to him having scored three goals and four assists in 25 EPL appearances this campaign. 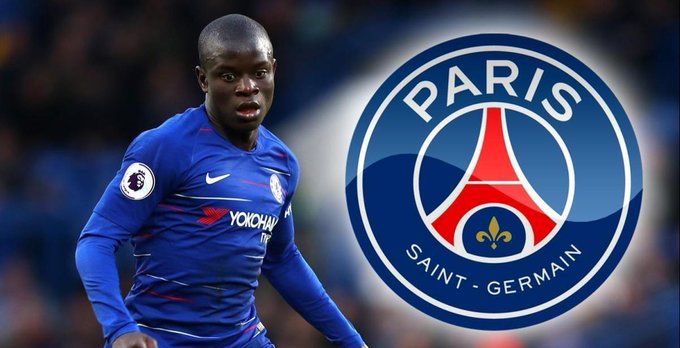 The 27-year-old was handed an offensive midfield role by his Italian born manager Maurizio Sarri, and has been excellent in his role interpretation so far. He won his first ever World Cup title, and won back-to-back Premier League trophies by sitting in front of the defence. However, the former Napoli boss has something else in mind for the Frenchman as he plays ahead of Jorginho in the midfield. Not too long ago, the midfielder penned a new five-year contract worth to make him the highest Chelsea player and currently earns a whopping £290,000-a-week. READ ALSO: NAIJ.com upgrades to Legit.ng This however will not stop the Ligue 1 champions from making attempts to bring him to Paris at the end of this season according to SunSport quoting Le10 Sport. 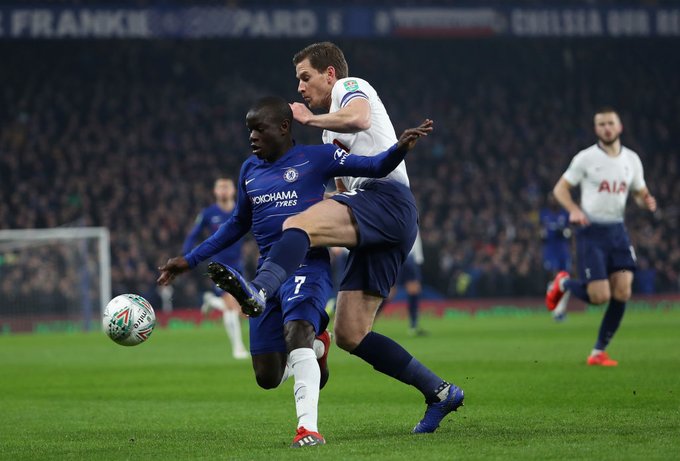 Reports coming out of Stamford Bridge reveals that Kante and his boss are not in good terms and PSG are hoping to use the opportunity and lure the star to Paris. They are currently shopping for a replacement for want away star Adrien Rabiot, whose contract expires at the end of this season. PAY ATTENTION: Become a member of the leading sports Facebook group 'Naija Football Fan Zone' Rabiot is being frozen out at the club after letting his contract run down and last featured on December 11. Arsenal are just one of the clubs queuing for his signature. Legit.ng earlier reported that N'golo Kante has penned a new long term contract with his Premier League side Chelsea football club. The World Cup winning star signed a five year deal that will see him earn £290,000 pounds-per-week. His new deal will also see him represent the Premier League club until the summer of 2026 after initially joining them in 2016.