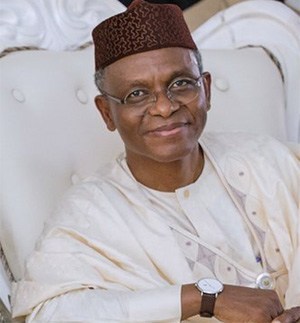 The Kaduna Chamber of Commerce Industry, Mines and Agriculture (KADCCIMA) has disclosed that the Governor of Kaduna state, Malam Nasir   El-Rufai and the Minister of Industry, Trade and Investment, Mr. Okechukwu Enelamah are amongst the special guests to declare the 40th anniversary of the Kaduna International Trade Fair open tomorrow. A statement by the Director General, KADCCIMA, Mal. Usman   Saulawa, said   dignitaries also expected to be at the opening ceremony  includes other governors and ministers as well as members of the diplomatic community in Nigeria.

Saulawa said the theme for this year’s edition,  ‘Consolidating Interface between Industry and Agriculture for Sustainable Economic Development’,  was deliberately chosen  to compliment the efforts of the government in its attempt to promote Agriculture and Industrial development for the socio economic transformation of the nation.

The fair will hold at the Kaduna International Trade and Investment Centre, from  Friday 29th March to Sunday 7th April 2019 and   the official opening will be held on Saturday 30th March 2019.

“This year, apart from the local participants, we   have   companies from countries like India, Pakistan, Cameroon,   Egypt, China, Iran, Niger Republic and   Bangladesh that have indicated their interests to participate at the Fair. Apart from the traditional flagship events that we use to organise during our Trade Fair such as Quiz competition for Senior Secondary School Students, Trade Far Seminar, Business Roundtable, there are other activities that will be organised to mark the 40th Anniversary of our Trade Fair” he disclosed.