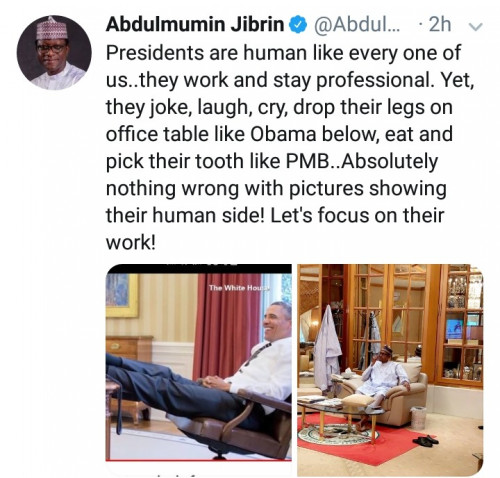 House of Representatives member, Abdulmumin Jibrin, has come out to defend this photo of President Buhari using a tooth pick after having a meal in the state house.

Nigerians including former Minister of Education, Oby Ezekwesili, have blasted the presidency for sharing such a photo.

Abdulmumin in his tweet, says Presidents are humans as well and should be allowed to show their human side.