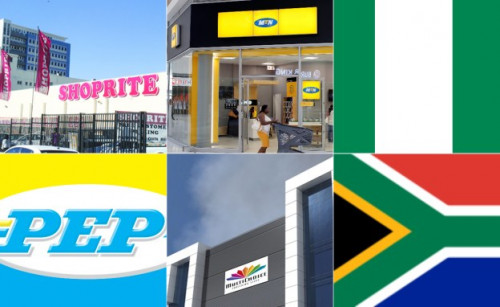 Some of the biggest stars in Afrobeats, including Burna Boy, Davido and Tiwa Savage, have all weighed in on the spate of xenophobic attacks against Africans living in South Africa.

Gruesome videos of Africans being set on fire, and of African-owned shops being looted in Johannesburg have ignited more than a diplomatic spat between Nigeria and South Africa.

It has been revealed that many of the videos circulating were filmed several years ago, but despite this, the latest wave of xenophobia has sparked soul searching among Nigerians about why so many of their countrymen feel the need to migrate abroad.

And while not the first case of xenophobic attacks in South Africa, the fallout of this latest string has moved Nigeria's Afrobeats stars to express their concerns.

With social media followers in the millions, their voices tend to carry more sway with Nigeria's 120 million strong youth population than that of diplomats and politicians - whom many accuse of being out of touch with the everyday struggles of the electorate.