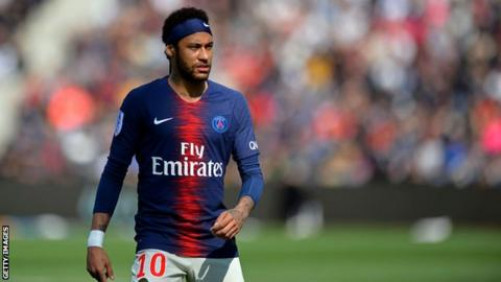 Barcelona and Paris Saint-Germain have an outlined price set over the transfer of Neymar, but negotiations continue over the terms of the deal.

When Barcelona landed back in Catalunya on Tuesday evening, they claimed that they are confident of Neymar's return to the club.

“We don't have an agreement yet,” Barca executive Bordas told the awaiting press. “We are still talking but we are closer.”

However, there remain issues that need to be ironed out with the European transfer window deadline fast approaching.

Barca chiefs, according to Le Parisien, made an initial play to take Neymar on loan for the season, with an obligation to buy for £154million and Ousmane Dembele heading on loan to Paris for the 2019-20 campaign.

That proposal was rejected out of hand and soon replaced by another, with the Neymar move set to be permanent from the outset, and Barca offering a payment plan as they seek to work within the framework of Financial Fair Play.

Already this summer the Catalan side have splashed over £210million on Frenkie de Jong, Junior Firpo, Neto and Antoine Griezmann while Sport claimed Barcelona's finances were so bad that they wanted to avoid paying anything until July 2020 - otherwise they would be unable to comply with FFP.

Again, that was rejected by the French champions, who are keen to be paid in full this summer in what amounts, as much as anything, to a saving-face exercise.

The £154million fee has been agreed and is what the two sides are working towards; however, they must still come to an agreement over how it is paid and the player who swaps Camp Nou for the Parc des Princes.

The situation is further complicated by which player is used as a makeweight, with both Dembele and Nelson Semedo having been mooted as potential options.

Portugal international Semedo was keen to join Atletico Madrid earlier in the summer, but is now first-choice under Ernesto Valverde and has little desire to move; right-back has been a problem position for PSG, but Barca are likely to be unwilling to move him on.

Dembele previously worked with PSG boss Thomas Tuchel at Borussia Dortmund, prior to his £135million switch to Barca in 2017, and Leonardo is known to be a fan.

However, the player's agent has declared recently that he wants to stay in Catalunya; Barcelona will need to persuade him that linking up with Kylian Mbappe in his homeland is in his best interests.

If they fail to do so, then PSG will seek to reintegrate Neymar into their first-team plans - particularly with Mbappe and Edinson Cavani both set for a month on the sidelines.