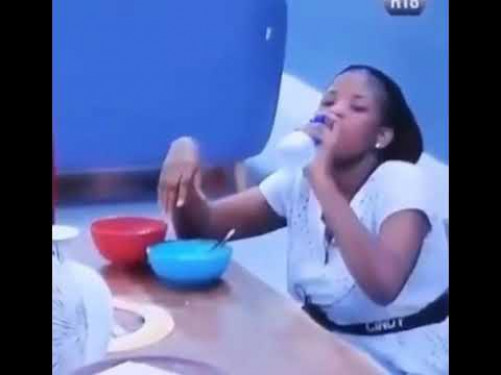 Big Brother Naija housemate, Cindy is currently trending after she was spotted washing her hand in her food bowl after eating.

Many Nigerians have publicly criticised her for the act, tagging it as disgusting.

This has also led to an online debate as people are arguing whether it is appropriate or not.

Some rose up to her defense, stating that there is no harm in what she did, as long as the plates will be washed afterwards.

While others opined that she should have had a separate bowl or make use of the sink in the kitchen to wash her hands.