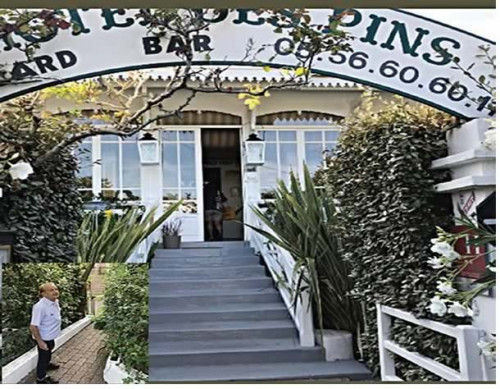 With barely one week to Nigeria ’ s international friendly against Ukraine in Dnipro , Super Eagles coach Gernot Rohr has been spotted at his Hotel Des Pins in Bordeaux, France, Sports Extra reports .

Hotel des Pins , a three - star hotel, is located in Bedoin , at the foot of Mont Ventoux in France. It has been in existence for over three decades .

The Franco - German tactician was seen spending some time at his hotel on Monday.

Rohr will be gunning for his 21 st win when the Eagles face Ukraine next Tuesday .