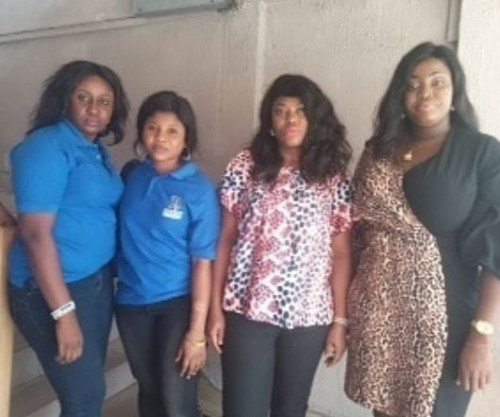 Operatives of  the Economic and Financial Crimes Commission, EFCC,  Port Harcourt’s Zonal Office have arrested 19 staff of a fake investment company floating an alleged Ponzi Scheme that have defrauded members of the public to the tune of N2,000,000,000( Two Billion Naira only).

Nineteen( 19) staff of the company were rounded up on Friday,  August 30, 2019   in Port Harcourt.  Among them are five Principal Officers:  Princess Tsaroigbara( Public Relations Officer) ; Onwusa Frances Chineze( Accountant); Naabe Gunugu( Payment Confirmation Staff), Tambari Success( Customer Service) and Anorue Maureen( Receptionist). The Chairman of the company: Neenwi Swanu was at large as at the time of arrest.

Items recovered from the company are computer units and a sum of N459, 300(   Four Hundred and Fifty Nine Thousand,  Three Hundred Naira only). The suspects would be charged to court as soon as investigations are concluded.