Can Methylated Spirit Grow Your Beard? 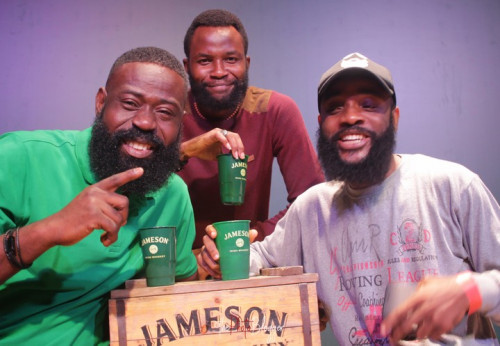 You see, that quote up there reminds me of my elder brother when he was about 18 or 19 years (I can't remember precisely). I think I was 15 or 16 too.

Paulo as I fondly call him, in his late teens back then was tall and athletic, low-key, I was used to envying him – it just comes to me naturally. Mind you, he was my immediate elder brother. Although, you would think he was my father; you know, I was the total opposite of him – short, dark, and small. Lol. Chubby too.

On top everything, my brother Paulo no get beards ��. Me too no get tho, but at least I can still hide under the canopy of my age. And, maybe, my small stature.

My favorite hobby back then was peppering Paulo. Most times he actually doesn't respond to my wyning, although, lowkey I was heaven sure it gets to him. Na maturity baba dey everly use.�

That isn't even the gist. What makes this particular story stuck to my head is the fact that Paulo was hell-bent on growing a beard, even if it was a strand. And you know what that means? Simple, my brother was always trying every new thing he learned worked for beard growth.

I think someone on our street introduced Spirit to him as a supplement that would help him grow a beard. So, every morning and night, Paulo rubs Methylated spirit on his face – the chin, and upper lips part. It became a tradition. You'd think his life depends on it.

For like 6 months, Paul kept rubbing the supposed almighty savior, but still, the beards no gree come out.���

Then one day, I think on a Sunday or thereabout. Mother helped Paulo burst his pimples, leaving open, a few wounds.

Paulo Paulo, he disregarded this and still applied spirit in the evening. You know what that means right? Baba almost danced all the acrobatics he was supposed to reserve for his wedding day, on that day.����� And I the small round wizard kept making him funny faces. It was funny I tell you.

Last last, my brother stopped making use of Methylated spirit. After a trophy-less run of 8 months or so. ����

But if you see Paulo now ehn, after many years, you would think he stole all the beards meant for the whole family. Its like triple of my own. And yes, I am still envying him.�

Truthfully, we need to ask this question, was it the Methylated Spirit that grew his beard?

The methylated spirit cannot grow beards. You know, I have seen a lot of young guys, and even older men churn statements like “apply spirit on your chin, it would make your beards grow faster,” and other similar talks, nut the truth is, methylated spirit doesn’t help your beard to grow.

Alcohol does not make your nails, hair or beard grow. They are all just keratin grown from skin-cells in your skin, they are NOT plants you can “water” from the outside.”

The reason isn’t far-fetched. The methylated spirit is basically alcohol.

Furthermore, its type of alcohol is unfit for drinking. And asides that, the methylated spirit contains ethanol which also has additives that causes it to become a poisonous substance, posses a bad taste and a pungent smell. The methylated spirit is nauseating upon application, thereby discouraging recreational consumption. For this, all thanks to the additives present in ethanol.

And that is it! The reason that methylated spirit in your hands can’t grow your beards.

But, hey! Does that mean the spirit is bad in its entirety for the beard or hair in generality? Well, no. and this exactly is where this situation becomes dicey.

So, briefly below, let us discuss the kinds of stuff that work when in other to grow a blossoming beard.

Hygiene: The first on this list is your hygiene. And as mentioned during the start of this content, your hygiene really matters and stands as a greater pillar in growing a beard. I think being hygienic is what should bring the methylated spirit into the scene.

Eating the right food: The right kind of food would also enhance the growth of your beards. The type of food you consume would determine as well, the level of your DHT and Testosterone, which happens to be the most important hormones needed for the growth of a blossoming beard. also, your food should contain more of Vitamin B, which is Biotin. The biotin is yet another important nutrient required for the growth of beard. other Vitamins required and can be gotten via the right consumption of food is the Vitamin C, E, A, etc. eating right also helps in ensuring the right circulation of blood across the body, meaning a fresher and better skin surface!

If you are really keen on growing a beard within a very short period of time, this is the best product to consider. As a black man, you definitely would have issues growing a beard, owing to how we are structured and all. But with this beard cream, trust me you are good to go!

My brother Paulo realized this only after 8 months of using the Methylated Spirit and thankfully, he is beard Lord now!