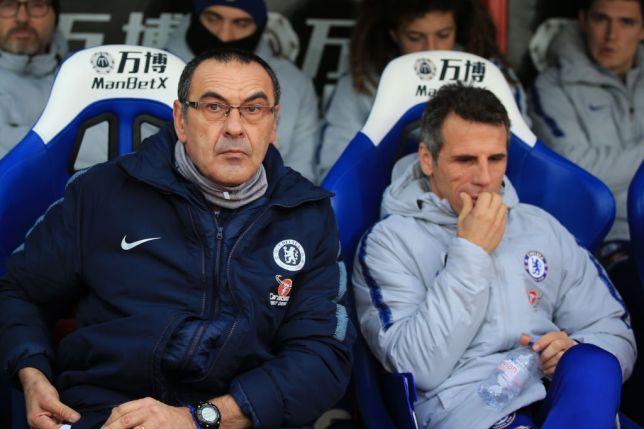 Chelsea will not be rushed into appointing a permanent successor to Maurizio Sarri if the Italian is sacked and will hand the reins over to Gianfranco Zola until the summer instead, according to reports. Sarri is set for crunch talks over his future at Stamford Bridge following Sunday’s 6-0 defeat against Manchester City – it was the biggest loss Chelsea have suffered since 1991 and leaves them in sixth place in the Premier League table. Chelsea have yet to make a decision over whether to stick with Sarri, though his dig at owner Roman Abramovich in the wake of the defeat will have done little to help his cause.Should he be axed before the end of the season, Sport Mediaset report that assistant coach Zola will be put in charge on a caretaker basis until the end of the season. The former Chelsea playmaker, who was added to Sarri’s backroom team in the summer, has had mixed success as a manager.