FMC, Makurdi Shut Down Over Non-Payment Of 2 Years Allowance

FMC, Makurdi Shut Down Over Non-Payment Of 2 Years Allowance

Some cleaners and security guards have reportedly shut down the Federal Medical Centre in Markurdi over non-payment of their allowance. Some casual workers of the Federal Medical Center, Makurdi, in Benue State, on Monday, locked down the hospital, Punch Metro reports. The casual workers who comprised security guards and cleaners protested against the non-payment of their allowances for the past two years. According to the casual workers who barricaded the entrance of the hospital at Apir (permanent site of the hospital), the security men were owed two years and the cleaners were owed nine months. 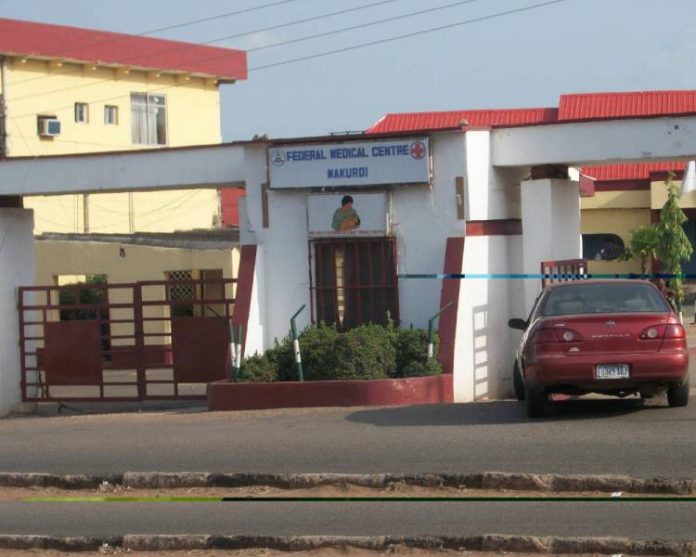 Speaking to journalists, one of the protesters, Mr Anijaba Mtomga, who said he was security supervisor at the hospital explained that they decided to lock down the hospital because the management was owed them 24 months salaries. Mtomga said that they had tried everything within their powers to make the management pay them their monthly emoluments but regretted that all their efforts in the past were not successful. He said,

“The management keeps saying it is the Federal Government that has not released money for our emoluments and this is running to two complete years that we have not been paid.“Even we understand that the hospital provides essential services to the people and we have exercised patience and understanding with the management, but we can no longer continue like this, we have families and other responsibilities to attend to,” he said Also speaking, Mr James Akase, a cleaner said that they were being owed nine months salaries by the hospital adding that the situation was “really tough for us to bear” But one of the management staff, Mr Moses Atime, Deputy Director, Nursing Services, said that the Federal Ministry of Health and Human Services was responsible for the payment of all contract staff within the health sector. “The management is aware of this particular issue and all hands are on the deck to resolve the issue. Already the Managing Director is on his way to Abuja to meet with the Ministry over the same issue. “The Federal Government through the Federal Ministry of Health and Human Services is responsible for their payment. They are not on our payroll,”

A time explained. Also the Deputy Head of Clinical Services FMC, Makurdi, and Apir Site Coordinator, Dr Matthew Ocheifu, disclosed that the non-payment of salaries to the contract workers had posed a serious security challenge at the centre. Ocheifu explained that workers needed a secure and peaceful environment to render effective and quality healthcare services, adding that the situation as of the moment has affected their service delivery.

“In any organization security is paramount because if we don’t have peace, we cannot be able to settle down and deliver the services we are supposed to deliver. This has really affected us in terms of service delivery.”