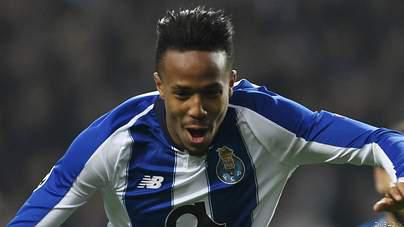 Real Madrid have completed the €50 million (£43m/$57m) signing of Eder Militao from Porto, with the defender set to link up with them on a six-year contract.

The 21-year-old Brazilian is a player who has registered on the transfer radar of those at the Santiago Bernabeu for some time.

An agreement is now in place, with the Blancos having got their man.

Militao becomes the first addition made during Zinedine Zidane’s second reign in the Spanish capital, with the Frenchman having moved quickly to land a top target upon returning to Real.

A statement released by Madrid on their official website read: “Eder Gabriel Militao is officially a new Real Madrid player, signing until 2025.

"The 21-year-old defender will join the club next season and is already a full Brazil international."