Lawlessness Is A Crime Against Our Country – South African President 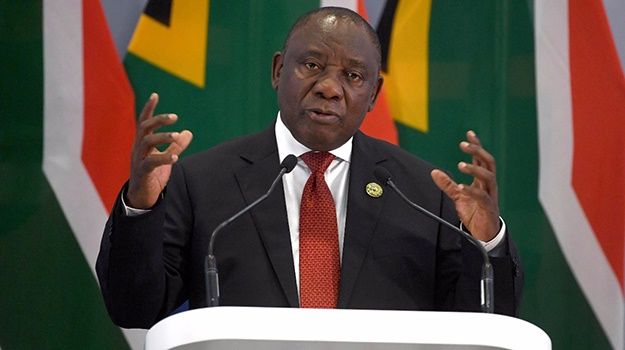 President Cyril Ramaphosa of South Africa has condemned in the “strongest terms” a resurgence of public violence that claimed two lives in Johannesburg on Sunday.The president also expressed his condolences to the families of the two persons stabbed and shot.Ramaphosa called on law enforcement agencies to “maintain vigilance and firmness” in dealing with individuals or groups who take the law into their own hands and violate the dignity rights of people without raising grievances with the relevant authorities.Also Read: XENOPHOBIA: Trump Reacts, Threatens to Sanction South Africa (Read)The statement added, “President Ramaphosa applauded law enforcement agencies for arresting at least 16 people during yesterday’s operations to bring calm and order to Johannesburg.”It further quoted Ramaphosa as saying: “Government will not allow sporadic lawlessness and violence to disrupt the safety and livelihoods of millions of South Africans and the majority of foreign nationals in our country who are law-abiding and have the right to conduct their lives and businesses in peace.”Also Read: XENOPHOBIA: Former President ZUMA Singing and Dancing (Video)The South African president stated further, “Lawlessness, injury and death inflict a great psychological and economic cost that lasts long after victims are buried, arrests are made and streets are cleared. This cost holds back our country and undermines all the efforts we are making to grow a South Africa that offers opportunity to all who live in it.“Lawlessness is a crime against our prosperity and stability as a nation, and those who want to upset our public order must expect to face the gravest impact of the law.”SOURCE:https://www.gov.za/speeches/president-cyril-ramaphosa-condemns-latest-public-violence-9-sep-2019-0000