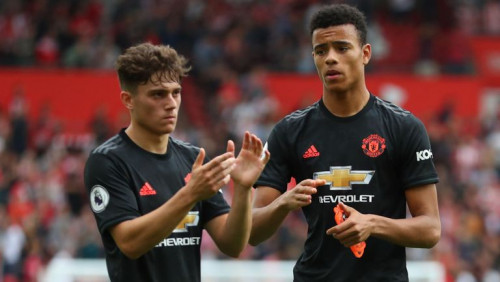 Manchester United were held to a 1-1 draw by 10-man Southampton on Saturday, meaning they have only won two of their last 13 games in all competitions. Nick Wright was at St Mary's to see a performance which exposed the shortcomings in Ole Gunnar Solskjaer's squad.

"We are on the right track."

Ole Gunnar Solskjaer repeated the phrase more than once in his post-match press conference at St Mary's. He was eager to emphasise that this is a period of transition for Manchester United, that he is building for the future, that patience is required. But how much short-term pain is too much? At what point does the long-term vision begin to feel too distant?

Solskjaer's cheery demeanour suggests he is not worried yet, but the numbers are certainly troubling. United have taken just five points from their first four games of the season. They have only won two of their last 13 in all competitions. Solskjaer is not letting the pressure show, but his squad's shortcomings become more obvious with every slip-up.

Against Southampton on Saturday, the issues were familiar ones. United allowed their opponents too many chances, failed to take their own and lacked steel when they needed it. Until Kevin Danso's sending off in the 73rd minute, it was Southampton, not United, who looked the more likely winners.

The lack of depth and experience is alarming. Solskjaer has shown a ruthless streak in recent months, moving on players who do not fit his plans without hesitation. But while few supporters will mourn the departures of Alexis Sanchez, Romelu Lukaku and the rest, the club's failure to replace them is already proving costly.

United have chosen to place youth at the heart of things this season, and while it is an admirable policy, it is also true that young players need to be surrounded by experience and proven quality. The worry for United is that this squad does not contain enough of either.

On Saturday, their bench contained three academy graduates with a handful of senior appearances between them, and - in Jesse Lingard, Nemanja Matic and Marcos Rojo - three senior players either out of form or out of favour.