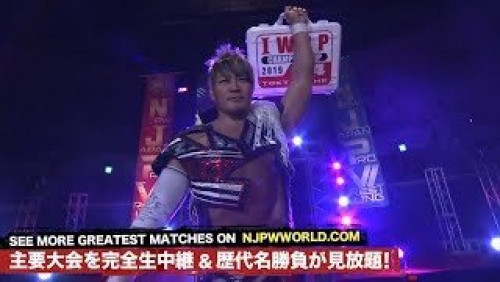 Here are the full cards for the Destruction tour:

– Several championship bouts have already been confirmed for King of Pro Wrestling. Taking place on October 14 inside Ryogoku Kokugikan in Tokyo, the show will be headlined by Kazuchika Okada defending his IWGP Heavyweight Championship against SANADA. After successfully defending his title against Minoru Suzuki and Royal Quest, Okada was confronted by SANADA, who appeared to have challenged him to a match.

Following his win at the Super J-Cup, El Phantasmo will be facing Will Ospreay for the latter’s IWGP Junior Heavyweight Championship. Additionally, Jon Moxley will be defending his IWGP United States Championship against Juice Robinson in a no disqualification match. Moxley is currently dealing with an injury that kept him out of AEW’s All Out event this past weekend.