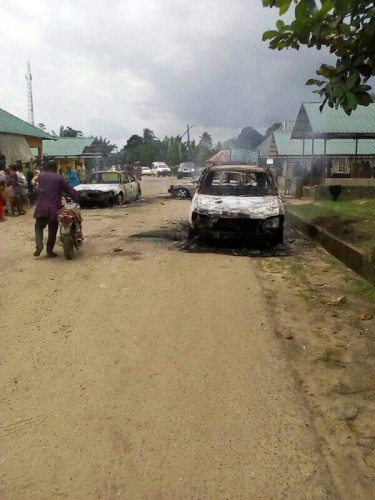 At least 5 persons were reportedly murdered by the rampaging gunmen while three cars and houses were burnt during the attack which lasted for hours.

An indigene of the community who spoke to Theportcitynews on condition of anonymity said the gunmen were on reprisal.

He said that the attack forced residents to take shelter in the Bush.

Another source said at least 8 persons were injured in the attack, adding that the number of persons killed were 4.