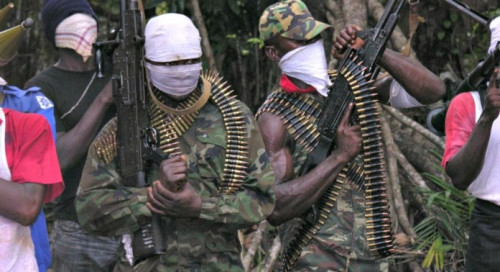 The widow of the slain resident pastor of Living Faith Church (aka Winners’ Chapel International), Romi New Extention, Kaduna, Jeremiah Omolewa, has been released by her abductors.

The couple was attacked last Sunday along Kaduna-Abuja Road. The cleric was shot dead, his wife was taken captive but his son escaped the attack.

Chairman of the Christian Association of Nigeria (CAN) in Kaduna, Rev. Joseph Hayab, confirmed the widow’s release on Friday, Igbere TV reports.

He said Oluwakemi Omolewa was released late Thursday following the payment of an undisclosed sum of money as ransom.

Hayab said the church spent over N300 million on payments of ransom to kidnappers in last four years in Kaduna, while over 500 Christians were abducted within the same period.

He added that more than 20 churches, especially, those located in communities along the Kaduna-Abuja road have been closed as people living in those villages have since relocated following the activities of kidnappers.

“It is sad to know that the church alone, from our statistics -ECWA Church, Baptist Church, Anglican Church, Catholic Church and many other Churches in Kaduna whose members have been kidnapped, have had to cough out between N200,000 to N8 million to kidnappers to secure their release.

Presiding Bishop of the Living Faith, David Oyedepo, had on Thursday cursed the killers of the pastor.