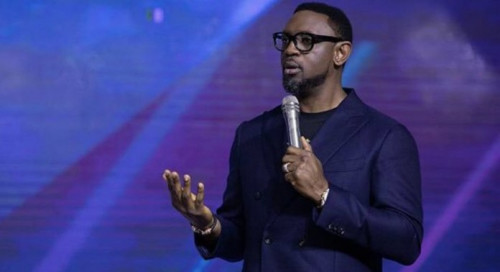 Senior pastor of the Commonwealth of Zion Assembly (COZA), Biodun Fatoyinbo, has appeared before the police to face questioning over rape allegations levelled against him by Busola, wife of singer Timi Dakolo, Igbere TV reports.

The preacher’s protocol team was sent out of FCID headquarters.