Preservation Of The Quran Against Distortion 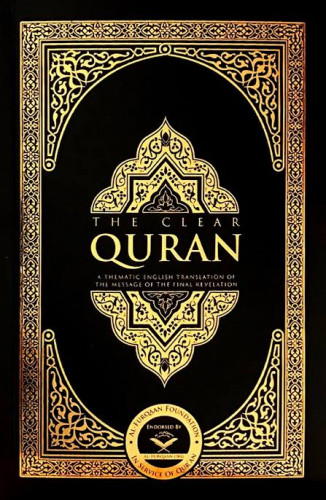 The Noble Quran is unlike the other divinely revealed Books of Allah The Almighty has undertaken to preserve it against distortion and change. Allah The Almighty Says (what means): {Indeed, it is We who sent down the Quran and indeed, We will be its guardian.} [Quran 15: 9]

Scholars said that Allah The Almighty has protected it from the least additions or deletion of words. Had not Allah The Almighty promised to preserve it with Himself, it would have met the same fate of the other divinely revealed books in the way they were distorted and altered. That is because Allah The Almighty entrusted the preservation of these Books to those to whom such books were revealed. Allah The Almighty Says (what means): {Indeed, We sent down the Torah, in which was guidance and light. The prophets who submitted [to Allah] judged by it for the Jews, as did the rabbis and scholars by that with which they were entrusted of the Scripture of Allah, and they were witnesses thereto.} [Quran 5: 44]

The wisdom behind preferring the Quran to the other divinely revealed Books with this great privilege is that it is the last of them.
Allah The Almighty has prepared for it the favorable factors of its preservation unlike the other divinely revealed Books. Among such factors is what the rightly guided Caliph Abu Bakr  may  Allah  be  pleased  with  him did concerning collecting the Quran in a single Mus-haf. This happened when many of the Companions who had memorized the Quran were killed in the Battle of Al-Yamamah. Abu Bakr  may  Allah  be  pleased  with  him was afraid that the Quran would be lost by the demise of its memorizers, as authentically proved in Saheeh Al-Bukhari.
Then the rightly guided Caliph ‘Uthman ibn ‘Affan  may  Allah  be  pleased  with  him after obtaining the agreement of all the Companions of the Prophet sallallaahu`alayhi wa sallam (may Allah exalt his mention) compiled it in one unified version in which he combined the authentic recitations of the Quran. He then distributed it to the various regions so as to put an end to the emerging discrepancies, and burnt any copy other than that one.
Furthermore, one of the greatest factors that Allah The Almighty made for the preservation of the Noble Quran is that Allah The Almighty has made it easy to remember and be memorized so that all people; young, old, illiterate, literate, Arab, and non-Arab may learn it by heart. Allah The Almighty Says (what means): {And We have certainly made the Quran easy for remembrance, so is there any who will remember?} [Quran 54: 32]

Moreover, there is an amazing story which acts as clear-cut evidence proving that Allah The Almighty has protected and preserved the Quran from the distortions of the hands of humans: "Once a Jewish man entered upon Caliph Al-Ma’moon while he had people gathered in his court and he spoke with much eloquence. When the gathering disbanded, Al-Ma’moon called him and asked if he was Jewish. The man answered that he was. Al-Ma’moon invited him to Islam and encouraged him with gifts.

The Jewish man said: It is my religion and the religion of my forefathers then he left. A year later, the same man came again and spoke about Islamic Fiqh with much eloquence. So Al-Ma’moon asked the man: Are you that man who came to us last year? He answered in the affirmative. Al-Ma’moon enquired him: What made you embrace Islam? He said: When I left you a year ago, I decided to examine those religions, and you know that I am clever in calligraphy. I started with the Tawrah (Torah).