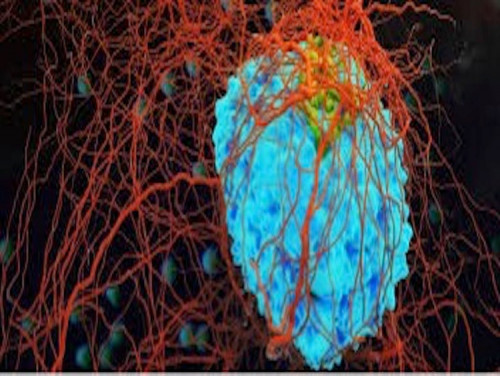 A Medical Consultant and Radiation Oncologist in Benin City, the Edo State capital, Dr. Oludare Folajimi Adeyemi has made a major breakthrough in the treatment of the dreaded prostrate cancer.

Following the breakthrough, some medical experts said the illness was now a common thing in the hands of Adeyemi since his discovery of the tested ‘Brachytherapy (implant) treatment for prostrate cancer.


Speaking with journalists after performing a round of treatment on some patients at the LA Oncology Clinic, Benin City, Adeyemi said the disease was the commonest cancer ailment amongst men, noting that one out of every seven men was likely to develop it.

The prostrate cancer treatment expert disclosed that prostrate brachytherapy was a unique form of treating the disease, especially as the new treatment was not only affordable but less time consuming.

“Although, there are other options of treating prostrate cancer, the Brachytherapy method is unique, accurate and offers high degree of cure to the patient with prostrate cancer, especially when it is done at the early stage of the disease.

“In this discovery of mine, what we do is to implant a radioactive inside the prostrate and begin to release radiations which ended up killing the cells. It damages what we call DNA and when DNA is damaged, the cells cannot actually produce any longer.”

Speaking on behalf of the President, Nigerian Medical Association (NMA), second Vice President, Dr. Ofene Enang commended Adeyemi for the breakthrough, saying the association will continue to support such initiative.

While describing the radiation brachytherapy as new form of therapy in the treatment of prostrate cancer, Enang said NMA was at the forefront of canvassing for reversal of medical tourism in the country.

Earlier, a US based oncologist, Dr. Maghari, Rachid described the breakthrough as a blessing to Nigerians, adding that it will discourage the idea of travelling abroad for prostrate treatment.