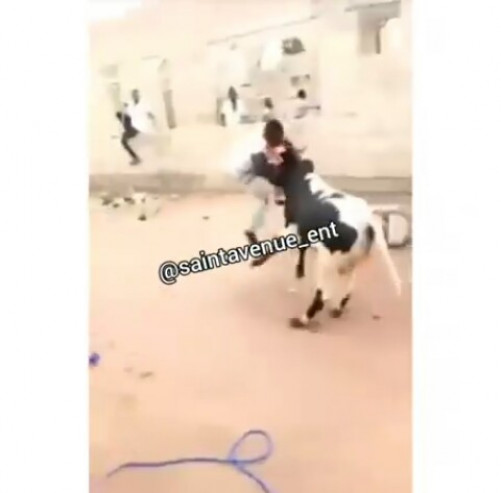 Two men were almost trampled to death while trying to kill a salah cow yesterday.

In the now viral video which some see to be hilarious, the men were also seen being head-butted by the aggressive cow as they tried to rope it down for slaughtering.

According to eyewitnesses, the men sustained degrees of injury after the animal attack.