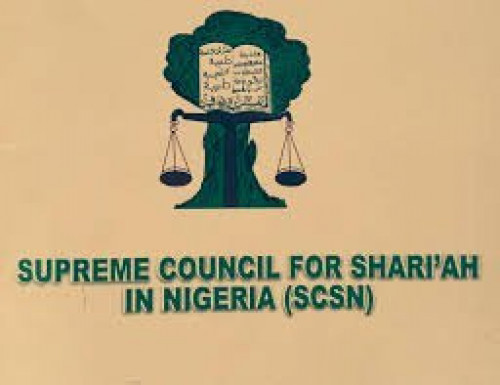 Following alleged demolition of a mosque by Rivers State Governor, Nyeson Wike, in Trans-Amadi area of Port Harcourt, the State capital, the Supreme Council for Shari’ah in Nigeria (SCSN) has asked him to make necessary compensation as well as rebuild the demolished property for peace to reign.

Addressing a press conference on Monday, the Secretary General of the Council, Nafiu Baba-Ahmad said the compensation will go a long way to douse likelihood of religious and political tension across the country over the demolition

Baba-Ahmad however expressed disappointment over what he called “the complicit silence of Muslim Leaders, Muslim Represenatives in the Senate and House of Reps, Muslim Governors with the exception of Kano State Governor and the Federal Government over the issue”.

The Shari’ah Council Scribe also appealed to the executive and legislative arms of government to call Governor Wike to order to avoid any act of reciprocation from irresponsible quarters.

He equally appealed to all Muslim faithful not to take law into their hands over governor Wike’s action because, “Islam is a religion of Peace, it does not promote violence nor disunity among the people”.

He said, “While we condemn Governor Wike’s desperate wickedness, we also call on all relevant executive and legislative organs of the Federal Government, to wake up to their responsibilities and nip this unnecessary and wholesome development, before it escalates into an avoidable reciprocation, with obvious unpredictable negative consequences”.

“All that need to be said on the issue relating to the purchase price, title to the land, building/planning approvals and court actions have been explained earlier in press statements and conferences by other responsible Muslims and Islamic Organisations”.