Siasia cries out as kidnappers refuse releasing his mother after paying N1.5m ransom 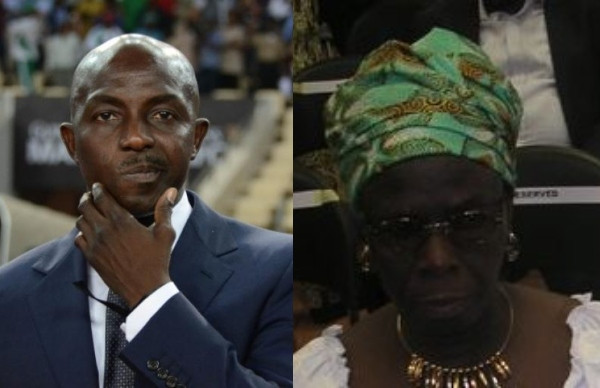 Samson Siasia has cried over the continuous stay of his 76-year-old mother, Beauty Ogere in kidnapper's den despite paying a N1.5m ransom.

The former skipper and Super Eagles Coach confirmed that the kidnappers released his cousin’s mother-in-law (66-year-old Florence Donana) and also captured the person that took the money to them.

“The situation is pathetic. Nothing has changed. We paid N1.5 million for her release but instead of releasing my mother they released my cousin’s mother-in-law (66 year old Florence Donana) and also captured the person that took the money to them.

“So as we speak, three people are still in the kidnappers’ den – my mother, the young girl and the guy that took the money to them. I am tired, frustrated and confused. I don’t know what else to do,” Siasia told NationSport.

Mrs. Beauty Ogere was abducted from her son's home in Odoni community of Sagbama Local Government Area, Bayelsa State around 2am on July 15. The kidnappers had initially demanded a N70m ransom but reduced it to N50m after establishing contact with the family.