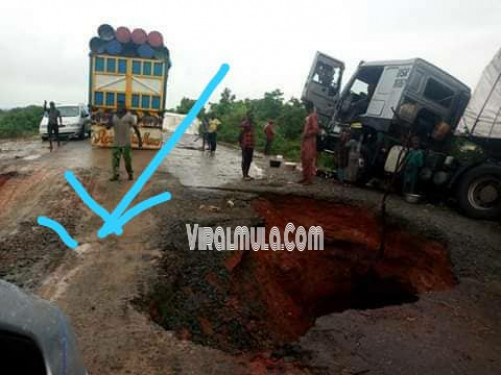 Viralmula.Com has been furnished with exclusive images of A major incident that  has occurred on the ever busy bida minna expressway as a sink hole which appeared on the peak hours of vehicular traffic and swallowed the cars and lorry’s untop with many people reported missing in the flood underneath.

It is gathered by viralmula.com that the point of the road the sink hole appeared sits untop a river an a bridge was created but as a result of the major rains of recent water found its way underneath the road which resulted in the sinkhole.

If you had plans Reroute your journey minna is cut off presently !!