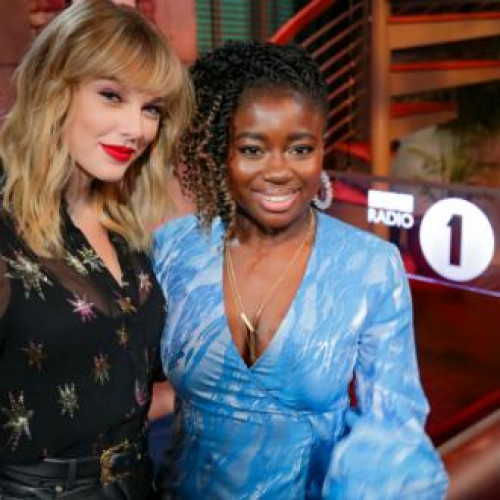 Taylor Swift says she no longer needs ”public approval” and her public feud with Kim Kardashian West and Kanye West, helped to make her stronger.

The 29-year-old singer/songwriter – who has just released her seventh studio album ‘Lover’ – revealed that her public feud with Kim Kardashian West and Kanye West, which inspired many of the tracks on her sixth record ‘Reputation’, helped to make her stronger.

Speaking to Clara Amfo on BBC Radio 1’s Live Lounge, Taylor said: ”One thing that the ‘Reputation’ era of my life did for me is that it taught me that I can live my life without public approval and still have a really wonderful life and still want to make music for my fans.”

Taylor performed six tracks, ‘London Boy’, ‘Lover’, ‘The Archer’ and ‘You Need To Calm Down’ from her latest album, a cover of Phil Collins’ ‘Can’t Stop Loving You’ and ‘Holy Ground’ from her fifth album ‘Red’.

And the updated version of ‘Holy Ground’ could give fans an insight into what they can expect when the star re-records her old albums after Scooter Braun acquired the rights to her masters when he bought Big Machine Records.

Speaking about her devastation at Scooter buying her old record label, she said: ”I choose to look now at the positives of going in and rerecording all my albums. I get to go back and revisit these moments of my life. Am I happy it happened? Absolutely not. Am I ever going to be happy about it? No.

”If you’re the writer of your own music, it’s the only way that your rights can’t be taken away from you in the music industry.”

Taylor revealed that she has started to become more outspoken about politics after going through some upheavals in her own life over the past few years, including winning the sexual assault case against an ex-DJ who grabbed her bottom during a meet and greet.

She said: ”This is the most imperative time in our political history in America. You really can’t care what others think. I’ve had things that have shaped me over the past couple of years, like the sexual assault trial, which have shown me how much it matters to speak your experiences into the world.”

She also spoke about the songs on her new album, confirming that ‘London Boy’, which details her travels around London, is set over the course of three years and not one day as some people have guessed.

She also insisted it was not inspired in any way by ‘The Only Way Is Essex’ star Gemma Collins, despite recent speculation.

She said: ”This is over the course of three years. The line ‘don’t threaten me with a good time’, is something that some of my British friends say all the time. They say it exactly like that.”

Speaking about ‘Lover’, she said: ”I wrote it in the middle of the night. I couldn’t sleep, I just had an idea and it ended up being one that I was really proud of later.”

And she opened up about being vulnerable in love on her track ‘The Archer’.

Taylor – who has been happily dating actor Joe Alwyn for the past three years – said: ”This one is about how maybe in our lives if we’ve been let down by relationships, we have this phantom fear of tragedy. Sometimes you have to deal with your demons of all those times when it didn’t work and you have to stop yourself from thinking that the worst is going to happen.”