The Shipyard That Built The Titanic Is Heading For Bankruptcy 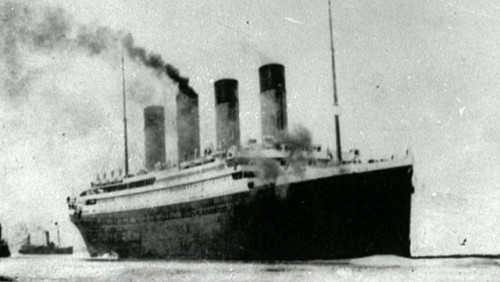 New York(CNN Business) Harland and Wolff, the 158-year-old shipyard in Northern Ireland that built the Titanic, is preparing for bankruptcy.

The UK government named an administrator to oversee the company's restructuring, a Harland and Wolff spokesman said. The case is expected to be in a UK court on Tuesday.

The shipyard in Belfast employed about 35,000 at its pre-World War II peak in 1935. It has only 123 full-time employees today. It has not built a ship since 2003, when it built two ferries. Since then, Harland and Wolff has concentrated on renewable energy, including offshore wind and tidal turbines.

Workers have been occupying the shipyard for the last week and vowed Monday to continue to fight to keep it in business. The union expects to file in court on Tuesday to seek an injunction from the shipyard closing.

"We will not give up on this famous shipyard," said Michael Mulholland, a union organizer. "The occupation will continue — and our battle will continue."

It had been competing for a contract for two frigates for the British Navy, and had been seeking a £600,000 ($730,000) bridge loan to avoid bankruptcy while it waited to hear on that contract and another renewable energy contract that are expected to be awarded in the coming months. But it had not been able to get the bridge loan, making the bankruptcy process its only choice. The spokesman said it will be up to the administrator whether or not the company is able to stay in business or be liquidated.

Much of the world's cargo shipbuilding has shifted to lower-cost Asian manufacturers, and the business of building luxury cruise ships is dominated by European shipbuilders STX Europe, Meyer Werft and Fincantieri. Harland and Wolff and other UK shipbuilders lost out on that business to its European rivals decades ago.

The company is most famous for building the Titanic a bit more than a century ago. It started construction of the Titanic and two sister ships, the Olympic and the Britannic, for White Star Lines in 1909. The Titanic was nearly 900 feet long, making it the largest passenger ship at that time.

The shipyard completed the Titanic in 1912, shortly before its inaugural voyage in April of that year. The ship hit an iceberg in the North Atlantic and sank, killing 1,517 of the 2,223 passengers and crew on board.

The company was still successful even after the Titanic disaster and the World War I sinking of the Britannic. But with the growth of trans-Atlantic air travel after World War II, the shipbuilding industry started to shrink.

Harland and Wolff was nationalized in 1975. It was purchased by Fred Olsen Energy, a Norwegian offshore drilling company, in 1989, when it still had about 10,000 employees. That company, now known as Dolphin Drilling, itself filed for bankruptcy earlier this year and put Harland and Wolff up for sale. A deadline it had set for finding a buyer expired at 5 pm Belfast time Monday.