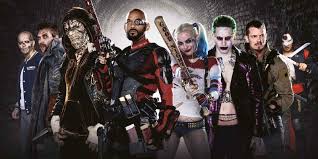 After being fired by Disney last year from Marvel's "Guardians of the Galaxy 3" when offensive tweets resurfaced, James Gunn was quickly hired to write, and possibly direct, a "Suicide Squad" sequel. Gunn wants to focus on a fresh cast of characters aside from Harley Quinn and Deadshot. Idris Elba is replacing Will Smith as the latter, according to The Hollywood Reporter. Rumors have circulated online that "Guardians of the Galaxy" star Dave Bautista is in talks for a role, but Warner Bros. told Business Insider it has not had discussions with him.