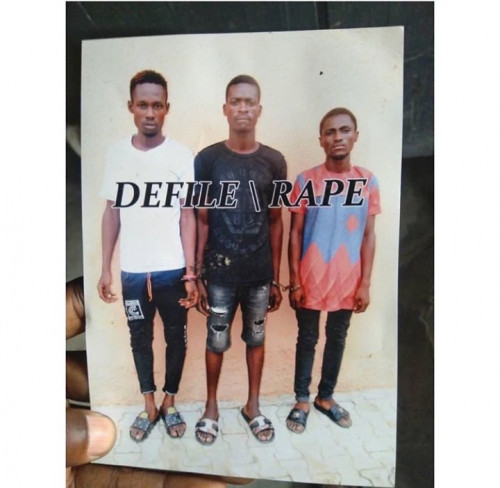 Some students of the Federal College of Education (Technical), Akoka, Lagos State, have been arrested and dragged to court for gang raping a 15-year-old girl on Saturday, June 29, 2019.

Three of the suspects, Oluwabanwo Kolawole, Chibuzo Ezegbue and Mudi Philip, appeared at Ikeja magistrate court on Monday and remanded in Ikoyi prison.

A manhunt has since been launched for the fourth suspect, Ayo Segun. The girl was raped inside the Student’s Union Government treasurer’s office after she was waylaid and dragged in by Segun during her visit to the institution.

The SUG treasurer, Philip, was also present while the victim was being raped despite the fact that she was on her monthly period.