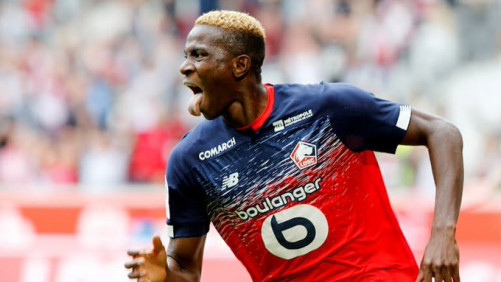 Victor Osimhen , the Super Eagles Forward was once again on the score sheet as Lille defeated Saint-Etienne by 3 goals to nothing on Wednesday night in the French Ligue 1.

Lille signed Victor Osimhen from Wolfsburg for €12m during the summer transfer window, the 20-years old have been in fine form since the start of this season and he had scored four goals in three matches which made him to top the scoring chart of the French Ligue1 after three matches.