What do Canadians think about the large wave of immigration to their country?

Three days ago, a family of recently migrated Syrians was riding a commuter train in Toronto, on their way to meet some friends in a suburb. They were studying the route map and looked confused. Another rider approached and offered to help. Only the youngest child of the family spoke any english, but they started figuring out where the family needed to go, and that they were on the wrong train. Other people approached and offered to help. Gradually, dozens of people got involved, all wanting to make this family feel welcome in their new homeland.

That’s because many Canadians understand that the origin of intercultural strife within a society does not come from different religious doctrine or differences of appearance. It comes from a lack of integration, like when a group of new immigrants is forced to live in a particular part of town, not helped to learn the language and customs, and given unfair access to jobs, education, and other opportunities. That kind of treatment -that Canada has had its fair share of- can only lead to resentment and poverty and worse. So many Canadians feel blessed to have a moderate wave of immigration coming to our country, because it is an opportunity to prove to ourselves that the values that we are known for has some basis in reality. 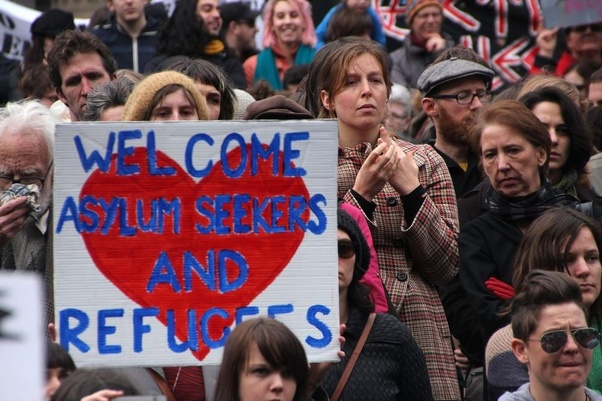 Which Canadian province is easiest to get into through immigration?
By lanreadeyemi • September 24, 2019, 01 PM

What strikes first time visitors as special or unusual when they arrive in Canada?
By lanreadeyemi • September 25, 2019, 02 AM

How does it feel to visit the best country in the world, the United States of America?
By lanreadeyemi • September 24, 2019, 01 PM

Why is Indonesia less developed than Malaysia?
By lanreadeyemi • September 19, 2019, 04 PM