Who could British clubs face in EL draw? 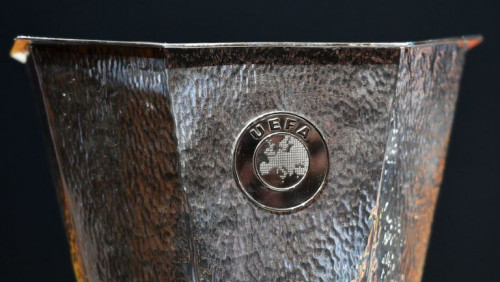 Man Utd, Arsenal, Wolves, Celtic and Rangers will learn their Europa League fate on Friday with the draw for the 2019/20 group stages taking place in Monaco.

Wolves, Celtic and Rangers all navigated their qualifying play-off second legs on Thursday to join United and Arsenal in completing the 48-team line-up for the tournament proper.

How the draw works

The 48 participants are split into four seeding pots based on their club coefficients, a measure of their performance in the Champions League and Europa League over the last five years - or their country's national association contribution, whichever is higher.

Each of the 12 groups will contain one team from each pot and no team can play a club from their own association in the group stages.

Premier League duo Arsenal and Manchester United are in Pot 1, Scottish champions Celtic from Pot 2, Wolves will be drawn from Pot 3 while Steven Gerrard's Rangers are in Pot 4 after their dramatic stoppage-time win over Legia Warsaw.