Who will mend My Broken Heart. 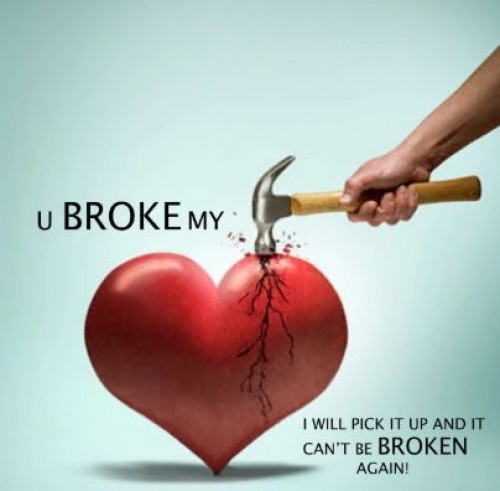 There was a young and successful Banker, 'Charles' who haven had series of failed relationships, summoned courage to begin a new one with a young and beautiful Lady, 'Monalisa' a Medical Doctor, who he had met through his bosom friend 'Kenneth'.

The relationship had been going on well for a year that Charles felt that he had finally met his other half; the bone - of - his - bone, the woman to spend his whole life with, his wife. But then, Monalisa had met another man 'George' who had proposed to marry her, to whom she had accepted to marry but did not know how to tell Charles.

It had not been long before Charles noticed changes in her attitude that he demanded to know what was wrong. Charles - haven been in relationships before was no stranger to that kind of situation - told her that whatever it was, she should let him know so that they could sort it out together haven come a long way, the earlier the better so as not to worsen the situation and that he detest someone doing something out of pity rather than love.

After a little persuasion, Monalisa told Charles that she had agreed to marry George who had proposed to her a month earlier and that she did not know how to tell him because she felt he would be heart broken.

To this, Charles replied, "Heart Broken? No! My heart had already been broken, i was only looking out for someone to mend it but unfortunately you have failed to mend it. I wish you a happy married life with George while I move on hoping to find someone Who will mend my Broken Heart."