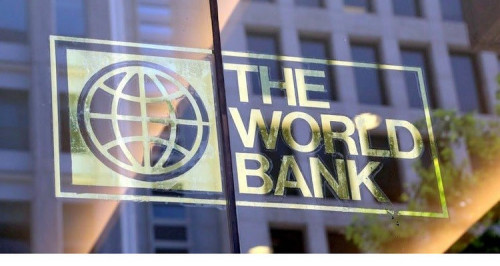 The six companies were among several firms from different parts of the world that were sanctioned by the bank .

The publication , which emanated from the procurement unit of the bank , was entitled ‘ Procurement – World Bank Listing of Ineligible Firms and Individuals ’ .

The companies , which were accused of violating the global bank ’s procurement guidelines , would not be eligible to be awarded any World Bank contracts between June 4 , 2019 and March 3 , 2020 .

Companies involved in World Bank projects including contracts are obliged to adhere strictly to the guidelines , which stipulate a high level of ethics and frowns on all manner of fraud and corruption including bribery and misappropriation of funds.

Although the specific cases involving the blacklisted companies were not disclosed, the World Bank explained that the firms were given an opportunity to respond to allegations brought against them .

The bank said, “ The firms and individuals listed below are ineligible to be awarded a World Bank -financed contract for the periods indicated because they have been sanctioned under the bank ’ s fraud and corruption policy as set forth in the Procurement Guidelines and the Consultant Guidelines ( for projects before July 1 , 2016 ); or through the World Bank Procurement Regulations for Investment Project Financing Borrowers ( for projects after July 1 , 2016 ) .

“ Such sanction was imposed as the result of ( 1 ) an administrative process conducted by the Bank that permitted the accused firms and individuals to respond to the allegations.

“ Through July 2007 , this process was conducted in accordance with the Sanctions Committee Procedures adopted on August 2 , 2001 .

“ The process is currently conducted in accordance with bank Procedure: Sanctions Proceedings and Settlements in the Bank Financed Projects.”

It further disclosed that some of the firms were sanctioned as a result of cross -debarment in accordance with the Agreement for Mutual Enforcement of Debarment Decisions dated 9 April 2010 .

The World Bank added that it might apply other actions to firms and individuals that might not result in debarment.

The period of ineligibility of any of the sanctioned companies also extends to any firm directly or indirectly controlled by them , according to the World Bank .

Efforts to get specific details of the allegations tabled against the six Chinese companies were not successful as of the time of filing this report .

In response to enquiries , an official of the World Bank ’ s Nigeria office in Abuja , who did not wish to be named , simply referred our correspondent to the bank ’ s website .