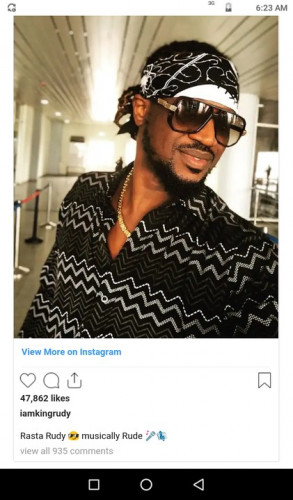 It’s always been confirmed that Groups who split after been together for so long never survive another milestone of their career, and this is evident with music groups such as 4×4, Praye, Wutah, VIP and the likes..

The news of P Square Music Break Up came as a shock to music lovers and Fans of the Music Group and Duo “P Square”, however many patrons in the Music Industry tried talking the Twin Musicians out of this Dangerous Decision and Path, but all attempts were unheeded.

They continued with their Decision to Break Up citing reasons that even Twins have their own differences and each one must go Solo on their career to circumvent further future quarrels and Misunderstandings.

Well, 3 years down memory lane, both Artist have gone Solo, released couples of Music and projects. This however prompted us to review how the twin brothers has fared musically since their split when the parties who once made up the Music Group work side by side and judge their Performance against each other. We have the Results and is not that good Judging from their Appeal now as to the Appeal both had some years back.

Peter Okoye is now Known as “MR P” whilst “Paul Okoye” is now known as Rudeboy. Judging from their Music Streams, Strive to Relevance and Success after their split, it is however evident that one is 'Bleeding' whilst the other is 'Feeling' (in Sarkodie’s Words).

Monitoring their Youtube Channels, Peter Okoye now “Mr P” has since got onlyabout three  Songs which gained little Airplay and getting a Total views of his Music Streams to 21 Million, whilst “Paul Okoye” now RudeBoy has had over 5 Hit songs within that time same time frame amassing a Total view of 77 Million Views on YouTube. Meanwhile “Mr P” may not have gotten many Hit songs but his Appeal for Shows due to his Dancing Skills has fetched him a Huge following on Twitter, Facebook and Instagram as compared to his Brother “Rudeboy”

The final Verdict, (Paul Okoye) “Rudeboy” is feeling and (Peter Okoye) “Mr P” is bleeding after his inability to get more hit songs for Radio Airplay, TV and online Music Streams.. Comments are welcomed as you may not want to 'reason with me' on this because you fit think say brain no dey  'for my head'