The president promised that he'll continue to do his best to ensure the country's progress.

President Muhammadu Buhari has promised to pay greater attention to education and health when his new administration is inaugurated in May.

While addressing members of the United Kingdom-based Foundation for Good Governance for Development in Nigeria at the State House on Tuesday, April 23, 2019, he said his government will also continue to focus on security, economy and the war on corruption.

"I understand our problems. I am acutely aware of my duty to my God and country. I will continue to do my best," Buhari said. 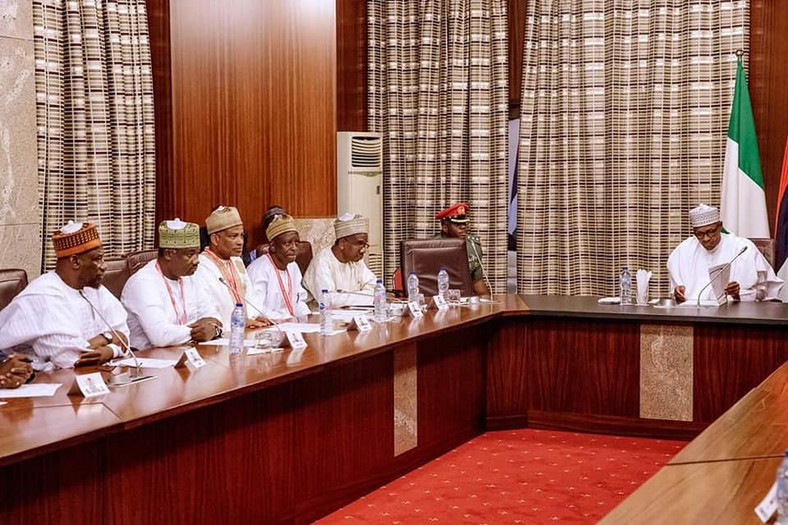 President Muhammadu Buhari hosts members of the United Kingdom-based Foundation for Good Governance for Development in Nigeria at the State House on Tuesday, April 23, 2019 [Facebook/Garba Shehu]

According to a statement signed by his spokesperson, Garba Shehu, the president also said that a top priority of his administration is to ensure that the efforts of hardworking Nigerian farmers are respected.

He disclosed that he has directed the Ministry of Agriculture and the Central Bank of Nigeria (CBN) to bypass the knotty issue of collateral which he described as "a terrible colonial legacy" so that farmers will get easy access to capital.

President Buhari also identified smuggling as a threat to domestic agricultural production and processing, and promised to continue to fight the menace with all means available to government.

The 76-year-old was re-elected for a second term as he was declared the winner of the February 23 presidential election.