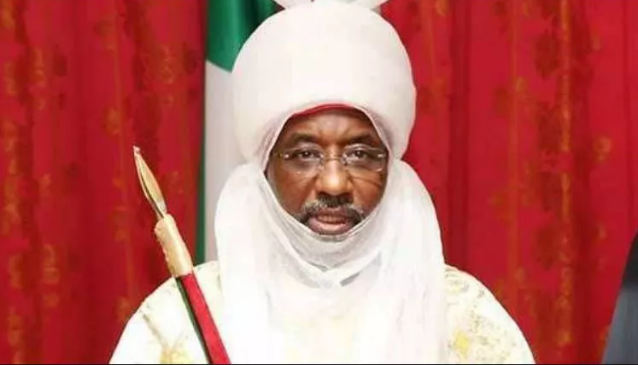 Former CBN Governor, Sanuisi Lamido Sanusi is tearing into what he called “unfavourable economic policies” being made by the federal government and projected that Nigerian will very soon declare bankrupcy.

The ambattled Emir of Kano state, opposed the federal government's subsidizing of petroleum products and electricity tariff which he said put an egregious strain on the nation's finances, rendering the government incompetent to improve other vital sectors of the economy such as education, health and infrastructure.

“If truly President Buhari is fighting poverty, he should remove the risk on the national financial sector and stop the subsidy regime which is fraudulent,” he siad.

He spoke Tuesday at  a workshop organised by the office of the accountant-general of the federation at government house, Kano.

“What is more life threatening than subsidy that we have to sacrifice education, health sector and infrastructure for us to have cheap petroleum.

“If truly President Buhari is fighting poverty, he should remove the risk on the national financial sector and stop the subsidy regime which is fraudulent.”

Sanusi asked Buhari to tell Nigerians the fact about the economic situation and also act quickly on this.

“Since I have decided to come here, you have to accept what I have said here. And please, if you do not want to hear the truth, never invite me,” he said.

“So, let us talk about the state of public finance in Nigeria. We have a number of very difficult decisions that we must make, and we should face the reality. His Excellency, the president, said in his inaugural speech that his government would like to lift 100 million people out of poverty, it was a speech that was well received not only in this country, but worldwide.

“The number of people living with poverty in Nigeria is frightening. By 2050, 85 percent of those living in extreme poverty in the world will be from the African continent. And Nigeria and the Democratic Republic of Congo will take the lead.

“Two days ago, I read that the percentage of government revenue going to debt services has risen to 70 percent. These numbers are not lying. They are public numbers. I read them in the newspapers. When you are spending 70 percent of your revenue on debt servicing, then you are managing 30 percent.

“And then, you continue subsidising petroleum products; and spending N1.5 trillion per annum on petroleum subsidy! And then we are subsidizsng electricity tariff. And maybe, you have to borrow from the capital market or the Central Bank of Nigeria to service the shortfall in the electricity tariff, where is the money to pay salaries, where is the money for education, where other government projects?”

Sanusi is known for speaking his mind, even when highly-placed government officials are involved.

In 2014, ex-President Goodluck Jonathan suspended him months after he raised the alarm that $20 billion was unaccounted for under the government of Jonathan.

Presently, the monarch is having a running battle with Abdullahi Ganduje, governor of Kano, who broke the emirate led by Sanusi into five, appointing four new emirs while the state anti-graft agency also probed the monarch and recommended his suspension.