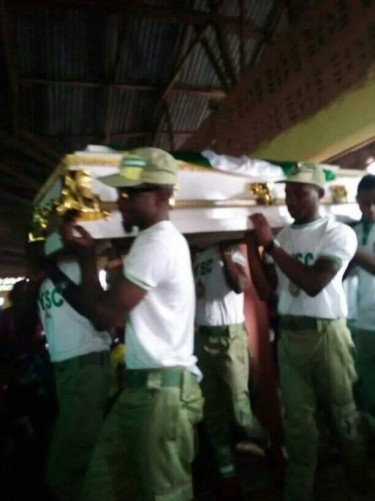 The corps member who died while travelling in a bus with other Catholic corps members has been laid to rest.

Jacinta Chinenye Ndem was in a bus belonging to the National Association of Catholic Corps members (NACC) when they were involved in a car crash on Sunday, August 18, and she lost her life.
The 24-year-old was committed to mother Earth on Thursday, August 29, in her hometown, Afikpo, Ebonyi state.
Source:https://all-gists.blogspot.com/2019/08/corps-member-who-died-in-an-accident-laid-to-rest-in-ebonyi-state.html