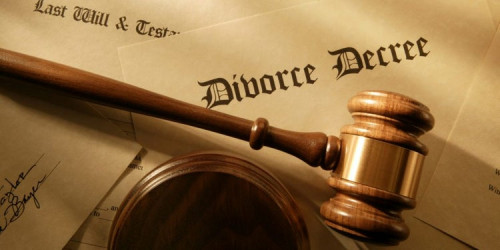 A Customary Court in Ile-Tuntun, Ibadan, on Tuesday, dissolved a 20-year-old marriage between Rofiat and Wasiu, over husband’s laziness.Delivering judgment, Chief Henry Agbaje, the President of the court, held that any man who wants to earn respect and happiness in a marriage, must not be jobless.He counselled spouses to learn from the story of Rofiat and Wasiu.The arbitrator, therefore, dissolved the union in the interest of peaceful living and granted custody of the four children produced by the union to Rofiat.Agbaje directed Wasiu to pay N8,000 as the children’s monthly feeding allowance in addition to being responsible for their education and other welfare.Earlier, Rofiat told the court that she was no longer interested in continuing with her husband in their relationship because of his laziness and inability to take care of the family.“I have never seen a lazy man like Wasiu before, even if there is work, my husband prefers to sleep and complain.“In fact, people are beginning to accuse him of stealing in the neighbourhood.“Wasiu is incapable of not only feeding us, but he also doesn’t send any of our four children to school.“Wasiu’s relatives are aware of his laziness and they did all they could to help him, but he refused to change,” Rofiat said.However, the respondent opposed the suit and instead prayed the court to beg his wife on his behalf.“I promise that I will take care of Rofiat and the children from now on,” Wasiu pleaded.See more here; http://gistmore.com/man-loses-20-year-marriage-over-laziness