Governor Bello Matawalle has alleged N107 billion was stolen from Zamfara state treasury in a previous administration in the state.

Matawalle who made the allegation in a tweet shared on Thursday October 1, said a committee set up to probe financial mismanagement in the state made the discovery.

Though he wasn't specific on the admistration, the Zamfara state Governor however added that he will ensure that the stolen money is recovered.

Yesterday, I received the final report of Alhaji Ahmad Zabarma led committee on mismanagement of public finances & procurement processes. A whopping sum of N107 billion was stolen from state coffers by previous administration. We will recover these embezzled funds! 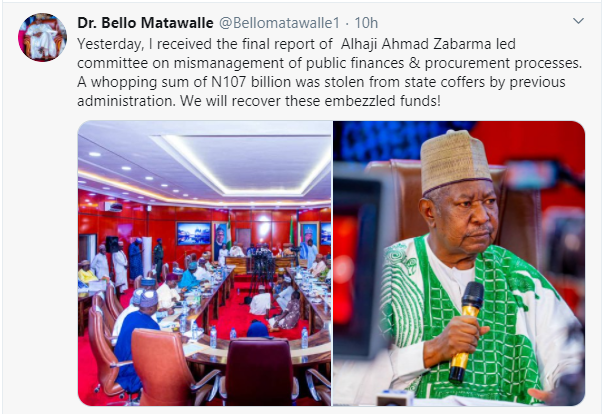