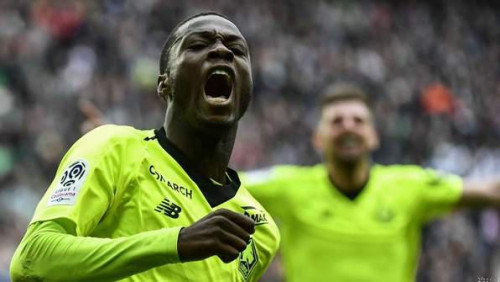 Nicolas Pepe revealed the only Premier League team he would join in an interview in 2017 and it was not Arsenal.

The 24-year-old is set to be announced by the Gunners this week in a £72million deal from Lille .

It is not the club he ‘dreamed’ of joining just two years ago, though.

Quotes from an interview have surfaced on the eve of the transfer from when he was still at Angers.

He said: “Chelsea is a club that would be a dream for me.

“It’s the only club in England that I would sign for.”

The forward would soon join Lille in 2017 when he was signed by then head coach Marcelo Bielsa despite interest from several clubs in England.

Pepe went on to score 37 goals in 79 games for the Ligue 1 side and was one of the most sought after players in Europe this summer.

Arsenal look to have won the race for his signature as pictures emerged of the 24-year-old taking part in a photoshoot for the club.