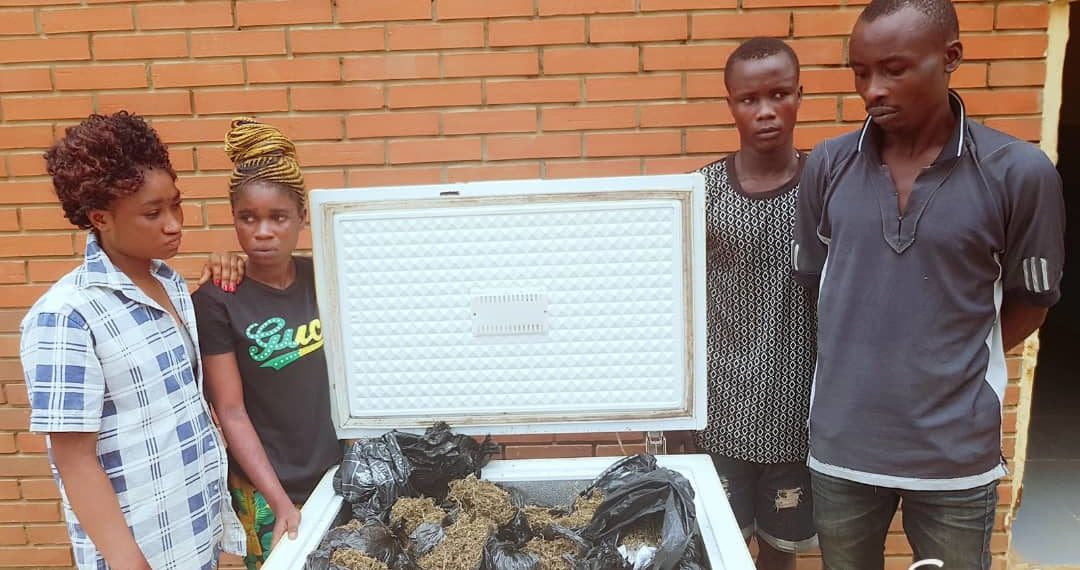 The Ogun state police command have arrested four suspects with a deep freezer loaded with substance suspected to be Indian hemp at Iperin area of the Agbara industrial park area of the state.

A statement released by the state police command's spokesperson, Abimbola Oyeyemi, says the suspects were arrested during a raid on black spots by officers of the just-launched operation Puff Adder.

“The raiding of black spots across the state is in furtherance of a total clampdown on hoodlums perpetrating violent crimes such as armed robbery, kidnapping, cultism, and the likes. In line with this, a special operation outfit code named “OPERATION PUFF ADDER ” was recently launched by the Commissioner of Police CP Bashir Makama in compliance with the directive of Inspector general of police.

“The suspects were caught with the deep freezer which they pretended to be using for sales of soft drinks, but when it was opened, behold, it was loaded with weeds suspected to be marijuana hence they were promptly apprehended'' he said

“On interrogation, they confessed been the major distributor of the substance in Agbara area and that they always use the freezer to distribute it around so as to deceive the security agents and prevent them from arrest. ”

The four suspects have now been transferred to the state criminal investigation and intelligence department for discreet investigation.