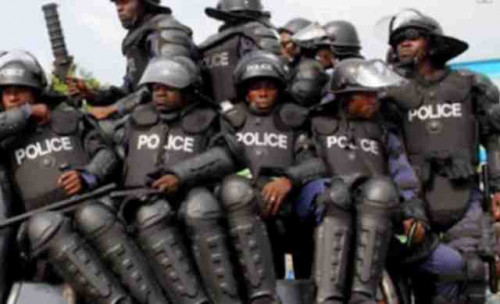 No fewer than 50 suspected robbers that specialised in operating during traffic gridlock, have been arrested by the Police in Lagos in the past two weeks.

This is just as an irate crowd burnt another suspect around satellite area of the state after he tried to escape during an operation.

Vanguard learned that the suspects were arrested at different spots around Mile 2, Maza-Maza, Apple Junction and other adjoining traffic spots, while they were attacking motorists held in the traffic jams.

Reports said some were also arrested in an abandoned pedestrian bridge in Mile 2, where they use as their operational base.

The arrests followed complaints about the incessant attacks carried out by robbers against motorists stuck in traffic gridlock around the areas.

It was gathered that the robbers, who were armed with dangerous weapons including guns, usually descended on motorists in gridlocks and make away with all their valuables.

The attacks, according to reports, normally take place in the evening hours when many people will be going home after the day’s work.

The situation is worsened by the presence of heavy duty and container-laden trucks which have taken over the major roads in the area, subjecting motorists to gruelling hours in traffic gridlock.

Police sources told Vanguard that 30 of the suspects were arrested last week, while another 20 were also rounded up by the Police in Festac Division during an operation led by the Divisional Police Officer, CSP Okon, after complaints were lodged by victims of the attacks.

Efforts to reach the Lagos State Police Public Relations Officer, DSP Elkana Bala, on the outcome of Police investigation failed as his phone rang out without response.

Also, a text message to his mobile telephone was not responded to.