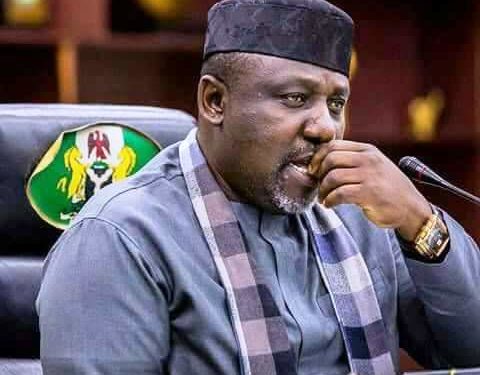 Former Imo Governor Rochas Okorocha has described claim by the Economic and Financial Crimes Commission (EFCC) that he spurned series of its invitations as misleading and an attempt to justify the hatchet job it was commissioned to do.

The anti-graft Agency had in a statement signed by the Head, Media and Publicity, Mr. Tony Orilade, insisted “the marking of the properties which is a fall-out of our painstaking investigation, is as a result of the failure of the suspects to honour the Commission’s invitation for questioning on the propriety of their acquisition”.

But the Media Adviser to the former governor, Mr. Sam Onwuemeodo, in reaction to EFCC’s claim, said that the Commission was not stating the fact but lied to cover up.

According to Onwuemeodo, who provided a copy of EFCC invitation dated July 22 said: “With utmost humility l want to state that the EFCC lied by saying that they had invited Mrs. Uloma Rochas Nwosu and others severally without response. This is not true.

“And in the letter they asked them to come on Wednesday 31, 2019. See the letter and know who is saying the truth”.