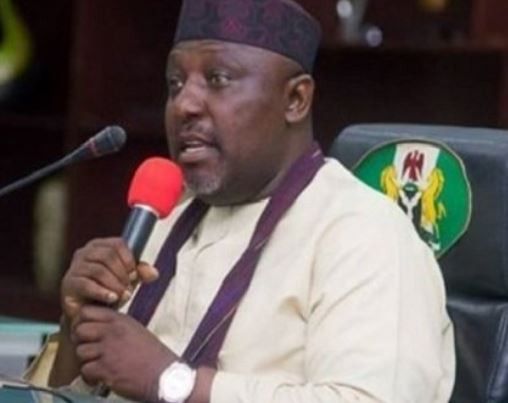 Governor Rochas Okorocha of Imo State has received a letter of recognition from the National Universities Commission (NUC) for the establishment of three new universities in the state.

The letter of recognition was issued following the submission of laws and other planning documents to the NUC for the new universities. The letter which was signed by the Executive Secretary (ES) of the NUC, Prof. Abubakar Rasheed, said the universities had been recognised as the 50th, 51st and 52nd state universities and the 172nd, 173rd and 174th universities respectively in the Nigerian University System with effect from May 7.

Two weeks ago he was also at the NUC to collect the license for Imo state university of agriculture and environmental sciences. The NUC boss also enjoined the governor and the state government to take advantage of the professional and technical advice from his commission to to establish the universities.