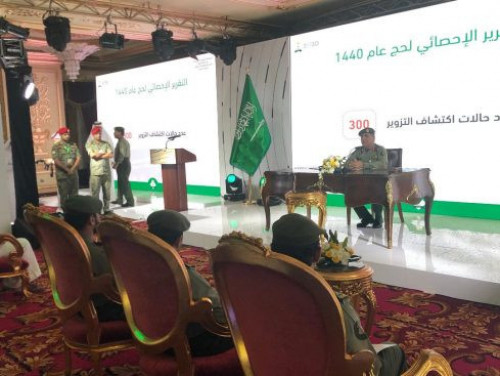 Addressing a press conference in Jeddah, Al-Yahya said1,708,152 people arrived through airports across the Kingdom, 94,388 through land ports, while 17,250 came through sea transport. He further disclosed that 300 forged visas were discovered while documents were being processed.

Major General Suleiman bin Abdulaziz Al-Yahya revealed that they are already prepared for the second phase of the pilgrimage which is the departure of the pilgrims to their various countries, but also warned that pilgrims staying beyond the Hajj season will face the wrath of the law if caught.