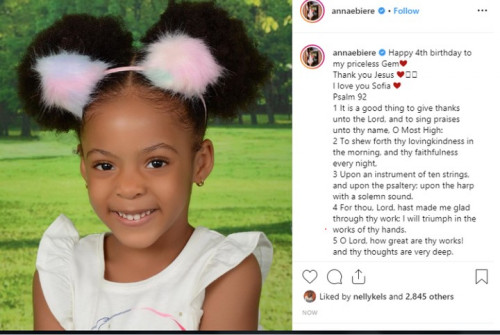 Sofia, Anna Banner and singer, Flavour's daughter turned 4 today August 1, and the proud mother penned down a birthday message filled with prayers to her.

Anna Banner in her birthday message to her daughter revealed how much she loves her while also describing her as a rare gem. The birthday prayer and wishes taken from Psalm 92 reads;