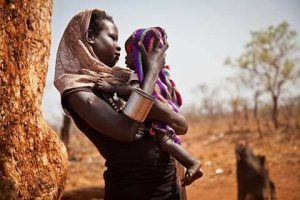 (a snippet of Makeda: the African woman that made King Solomon rich)

Before the invasion of the foreign nations, tribes in Africa did not exalt only the men, they ewer was broken by the colonizers that could not deal with powerful women. In fact, the total disempowerment of women in Africa started with the acceptance of foreign creeds - whose laws made it clear that a woman should be the subject.

There were few African women whose account survived the rape of history by the dubious African history writers, some names were not captured but the system remained to tell the tales.

In Guinee Bissau, there where matriarchal societies were women were the most important element; on Bijagos Islands, they had only Queens who were not Queens because they were daughters of Kings; No, Queens succeeded Queens.

Think of Queen Amina of the house of Zazzua of Zaria, Nigeria (16th Century). She was the leading warrior of the Zazzua cavalry. Her military achievements brought her great wealth and power in an era the History writers claimed that Africans were not humans.
What Amina did in 1558, no other woman has repeated it after the foreign invaders came with a strange creed. And what used to be norm became buried inside an alien religion: women became more of an object than a part of the system.

In the beginning, it was not so in Africa. Female black Pharaohs existed and ruled the world. Pharaoh Ahhotep 1 and Hatshepsut were women. Both were political and led great Army. 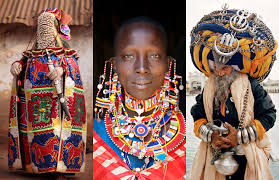 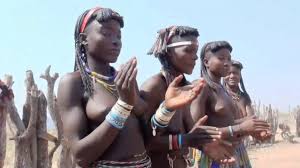 In the ancient Benin Kingdom of Nigeria, to honor a great person, a bronze head was made. There were few Obas whose bronze heads were made, but multiple bronze heads of Queen Idia, the royal mother that mobilized an army to secure Oba Ozolua and Oba Esigie, was made. After the victory of the Edo Kingdom over the magnificent Igala province, Queen Idia received much of the credit for the victory.
Egua-Iyoba - The Palace of the Queen Mother - was her entitlement. One of her bronze work is presently in Ethnological Museum of Berlin, another is in the British Museum in London, the third one is in the Museum of Art in New Your City. (All stolen by colonial masters.)

MAKEDA
The record of Makeda, the African Mother Supreme, is in the Bible, Quran and the Kebar Nagast. When only men were rulers of the Arab nations, and women were seen as liabilities in European countries of Rome and Greece, this African woman was above all the lords of the earth, most magnificent.
In the Bible account, she came with hard questions to ascertain if the wisest King of the Jewish tribe was indeed wise; and knowing that King of Israel was not her match in wealth, she brought gifts that made the King extremely rich. With her gift, the King built the best temple and marry a thousand wives.

She allowed the Israelite King to father her child, but she was too great to live in Jerusalem. She took servants from Israel and returned to Africa. Her descendants became the emperors of Ethiopia; and to reflect their Jewish lineage, they were known as the 'Lions of Judah'.

Makeda was by far, in all her life, richer than King Solomon. Even the bible marvelled at the gift she gave to the King.

1 King 10 Verse 2
She came with camels bearing spices, and much gold, and precious stones'

verse 10
Never again came such an abundance (to Solomon)

(Read the Bible story of the woman that made Solomon rich: Queen Makeda of Ethiopia, the Queen of Sheba.
Ref 2: Bob Marley's Iron Lion Zion was dedicated to Emperor Haile Selassie, the Lion of Judah, from the house of Makeda)

Do not swallow everything they told you about Africa. Do not digest their lies. Pass every information through the spectrum of truth; study your tribe. Some parts of Yorubas in Nigeria practice the matriarchal system. What does this information tell you about women in Africa?

I am from the Igbo tribe of Eastern Nigeria and my ancestors - though they were predominantly patriarchal and polygamous - never denied the place of a woman. A woman was never seen as the head of a house but they could assume a position of power that brought men to their knees - no matter who you are. 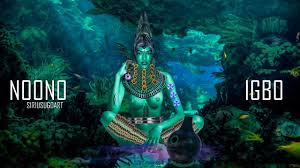 If you can join me tomorrow on www.writersgut.com, we will discuss FEMINISM IN THE ANCIENT IGBO TRIBE OF NIGERIA
(using 'Things Fall Apart' as a study)